Diseases of the Mitral Valve 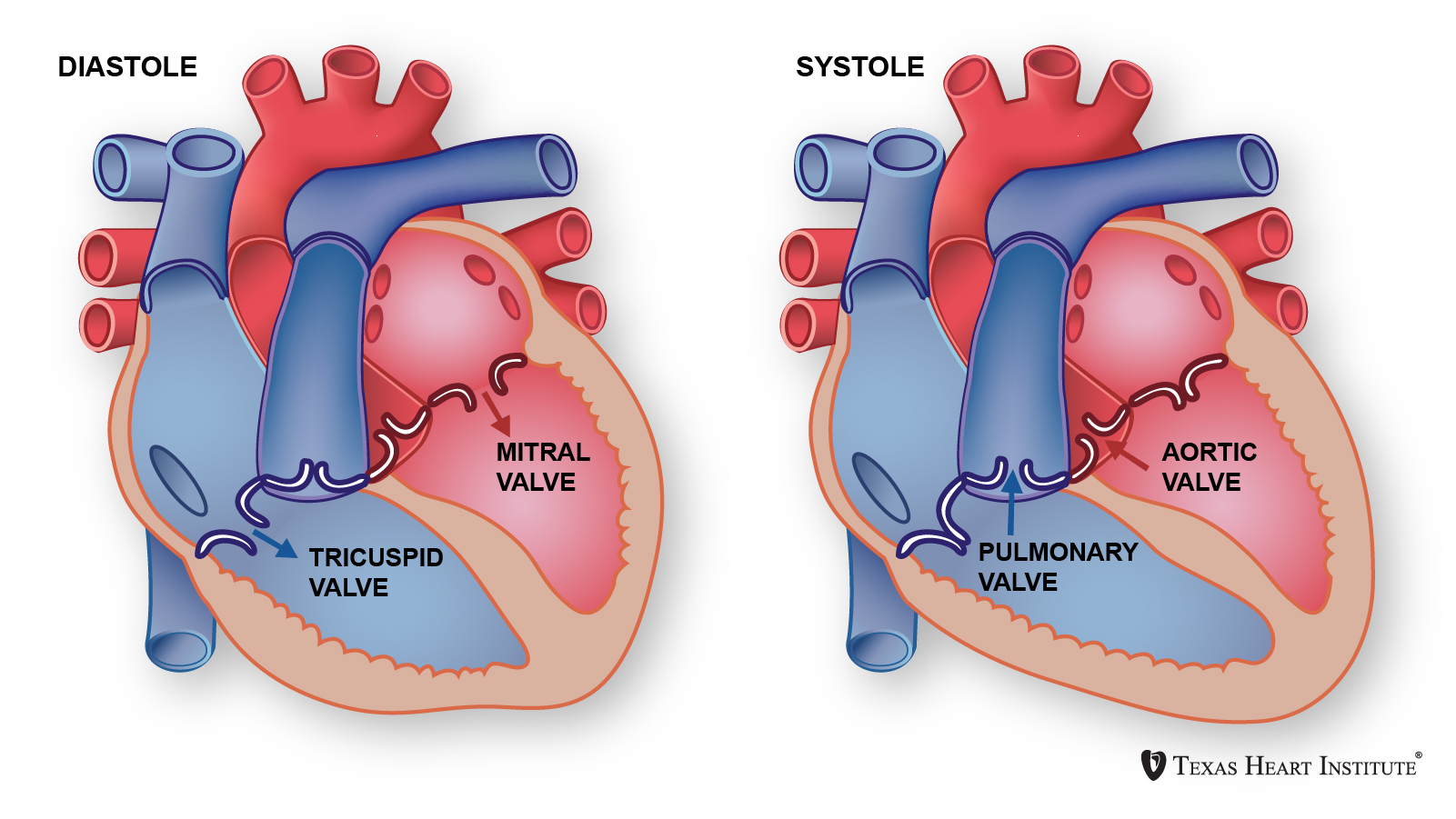 Diseases of the heart valves are grouped according to which valve or valves are involved and the amount of blood flow that is disrupted by the problem. The most common and serious valve problems happen in the mitral and aortic valves.

Mitral valve prolapse (MVP) means that one or both of the valve flaps (called cusps or leaflets) are enlarged, and the flaps’ supporting muscles are too long. Instead of closing evenly, one or both of the flaps collapse or bulge into the left atrium. MVP is often called click-murmur syndrome because when the valve does not close properly, it makes a clicking sound and then a murmur.

MVP is one of the most common forms of valve disease. It also runs in families. Some forms of MVP have been associated with Marfan syndrome, a connective tissue condition where patients have long bones and very flexible joints. Most people with MVP are small-framed or have minor chest wall deformities, scoliosis, or other skeletal disorders.

Most people with MVP do not have symptoms. When symptoms do happen, they may include

Most of the time, MVP is not a serious condition. Some patients say they feel palpitations (like their heart is skipping a beat) or sharp chest pain. If you have MVP,  let your doctor know if you are going to have dental or general surgery so  he or she can use current guidelines about taking antibiotics prior to surgery.

Mitral regurgitation is also called mitral insufficiency or mitral incompetence. It happens when the mitral valve allows a backflow of blood into the heart’s upper-left chamber (the left atrium). Mitral regurgitation may take years to reveal itself. But, if it goes on long enough, it can cause a buildup of pressure in the lungs or cause the heart to enlarge. In time, this will lead to symptoms.

In most cases, symptoms come on slowly. They may include

If you have mitral regurgitation, you should talk to your doctor about taking antibiotic medicine before dental procedures or general surgery. The medicine will prevent infection of the valve. Mitral regurgitation may also lead to heart failure, stroke, irregular heartbeat (arrhythmia), and blood clots in the lungs (pulmonary emboli).

Mitral stenosis is usually caused by rheumatic fever, but it can be caused by any condition that causes narrowing of the mitral valve. The condition is rarely passed down through family members.

Most people with mitral stenosis have no symptoms. When symptoms do happen, they may get worse with exercise or any activity that increases your heart rate. These may include

Symptoms may begin with an episode of atrial fibrillation. Pregnancy, a respiratory infection, endocarditis, or other cardiac conditions may also cause symptoms. Mitral stenosis may eventually lead to heart failure, stroke, or blood clots to various parts of the body.